MULTIPLAYER FUNCTIONALITY COMPLETION
Items surrounded by a bubble have been synced in Online play. Items in yellow are synced but need testing. 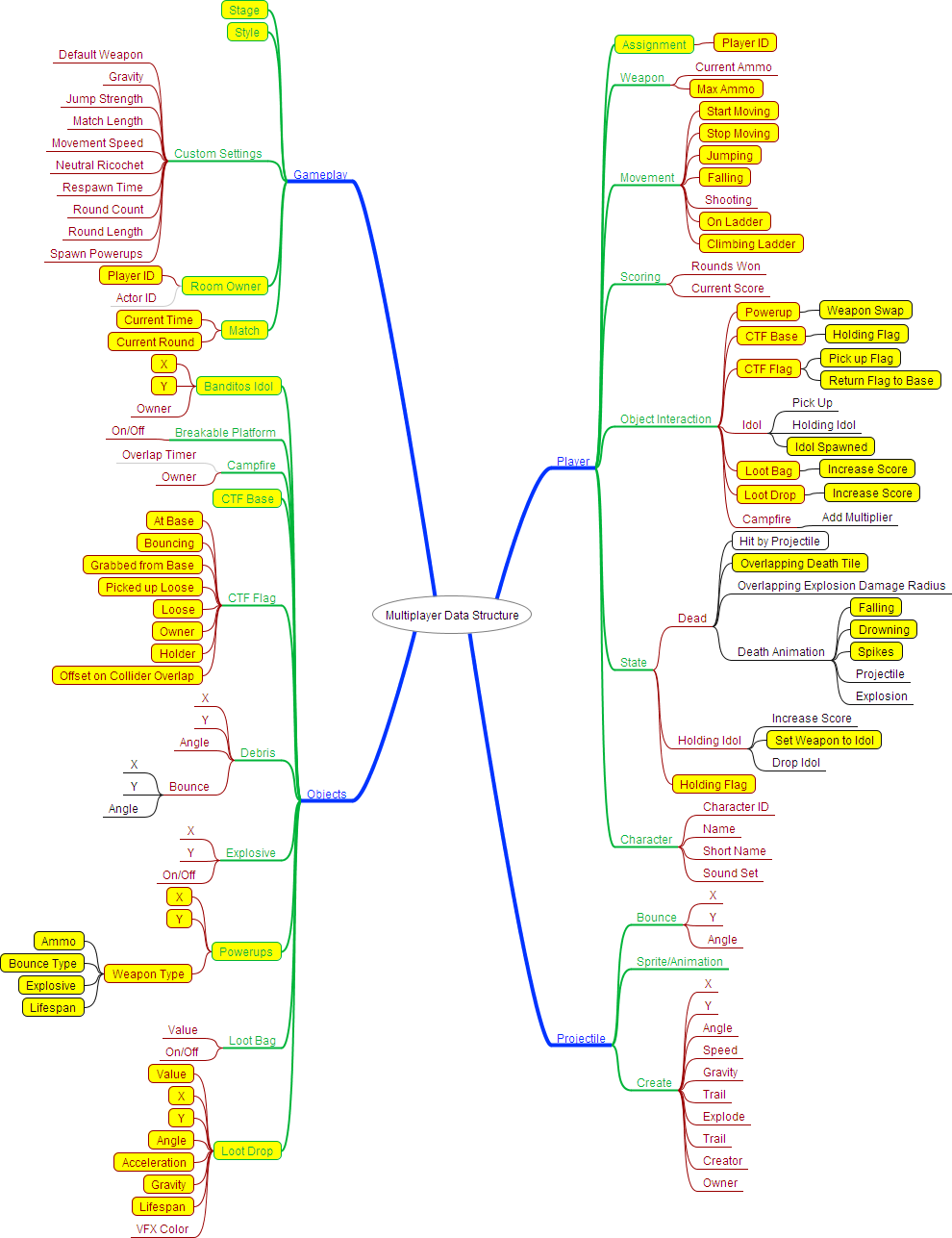